Chuck’s construction career started at the age of seven when his grandfather, a licensed master plumber and steamfitter, took Chuck along with him on a small plumbing job and had him help by ‘holding the flashlight’.  Over the following years, his grandfather would make sure that Chuck understood plumbing – even teaching him the correct way to connect older lead and cast-iron pipe.  Chuck eventually found himself curious about other construction trades and was known to work for contractors, without pay, just to gain knowledge, leading to his testing and becoming licensed as a Commercial and Residential General Contractor by the young age of eighteen.

Chuck paused his construction career to honorably serve a three-year tour in the U. S. Army.  Upon completion of his military service, he went on to serve for a time as an agent/inspector for The United States Department of Agriculture.  Deciding to return to construction, he operated his own company for twenty-five years, specializing in commercial & residential roofing.

While managing his construction business Chuck was able to pursue other interests.  He completed his bachelor’s degree at Kansas State University in 1988 and was a tutor for the Building Trades Class at Manhattan Area Technical College.  Chuck was about to find out that this diversified background would serve him well.

Having been a trusted contractor for several insurance companies, Chuck was contacted and asked if he would be willing to perform property claim work.  Chuck accepted and soon developed a reputation for quality claim work, honesty, and exceptional customer service.  This resulted in additional claim work until he had personally completed property claims for more than fifty insurance carriers throughout the country.  Hennesy, Inc. Adjusting Services was incorporated in 2008.

Chuck started Hennesy, Inc. Adjusting Service with adjusters like himself that he knew had the unique ability to show true empathy for the insured, while delivering a phenomenal customer service experience.  This original core group has grown to over Three Hundred property adjusters nationwide.

While Daily Claims started as (and still is) Hennesy, Inc. Adjusting Service’s core mission, as we have grown, we now provide complete CAT storm support for several of our daily claim customers.

Perhaps one of the best recommendations for Hennesy, Inc. Adjusting Service occurred when an insurance company claims supervisor was overheard to say, “When I know my insureds are being taken care of by Chuck’s people, I sleep like a baby at night.” 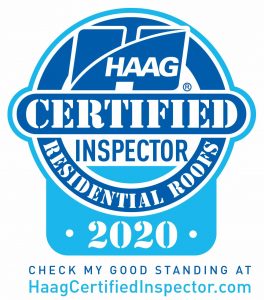